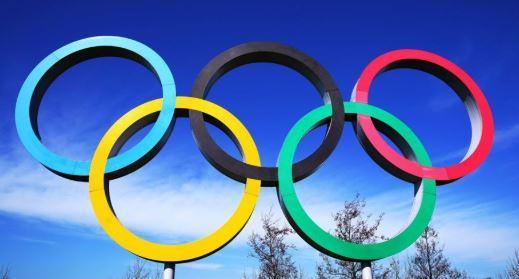 This month would have seen the Tokyo 2020 Olympic games.

Sadly, as you know, this has had to be postponed.

Today you have many options of activities for this'Topic Tuesday'.

* Each Olympics sees new sports introduced to the games.  This year would have seen five new events including skateboarding and surfing.  Can you create a new sporting event to be held at the next Olympics.  What are the rules?  How do you play?  The Olympic mascots are an important part of each Olympics -

Could you design a new mascot to go with your sport?

* The Olympic Stadium is always a magnificent piece of architecture.  Can you design a stadium to house your new Olympic sport... name of stadium, design, capacity, specific sporting uses, location, shape.

You could draw your stadium or what about having a go at creating a sculpture of your stadium using junk modelling items?

Could you designing it on scratch?  You could then animate the sports going on within the stadium?

*  Would you like to know the history of the Olympic games? - Where has each games been held?  Which countries have hosted the games in more than one city?

Could you find each games on a world map?

Can you memorise the order of each of the games since 1896?

What is the significance of each Olympic ring?

* Would you like to research the different types of sports the modern Olympics has hosted?  Did you know that 'Tug of War' was a sport in the 1908 games and the City of London police won gold!?

* Perhaps you would like to find out more about sporting events from the Ancient Olympic Games?   Did you know that the men wore no clothes when competing in the Ancient Games? - Or that boxing matches had no time limit and had been known to last for two days!

Whatever you choose to do Jaguars, enjoy your day.